One of the most famous pieces of classical music is, arguably, Beethoven’s ‘Moonlight sonata’ – or to give it is full title ‘Piano Sonata No.14 C# minor Op.27 no.2’. This magnificent piece of music was completed in 1801 and consists of three movements.

Traditionally classical music begins with a fast first movement before a second, slower movement and finishing with a return to a faster pace in the final third movement.

Beethoven (1770 – 1827) turned this tradition on its head and, radically, began this sonata with a slow paced first movement, a slightly quicker paced second before finishing in a flurry in the third.  This represented a monumental change in the musical status-quo and certainly made people take note.  (see visual graph at the end of blog). Here we shall take an in-depth look at the first movement, the subject of which I recently presented as part of the BBC ‘Proms at Home’ series with Handprint Theatre as their patron. 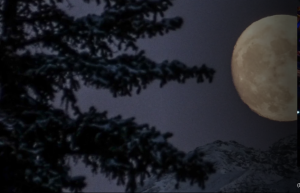 Let’s begin with a point of clarification – although known as the ‘Moonlight Sonata’ this work is not actually about moonlight and was not titled as such by Beethoven. German poet and music critic, Lugwig Rellstab, commented 5 years after Beethoven’s untimely death that the opening movement of the piece reminded him of the way the light of the moon hit the waters of Lake Lucerne in Switzerland. It has been referred to as the Moonlight Sonata ever since.

The piece is deeply emotive. It contains undertones of Beethoven’s unrequited love of his 17 year-old student and to his ever advancing hearing loss which, at the time of composition, was at a level so low it made even listening to music difficult. It is at times sombre, almost chest-achingly so, and has a real depth to it which borders depressing. Although technically not a love story you cannot help but to hear the sadness Beethoven had experienced.

The first movement begins quietly and uses the right hand on the piano in rotating triplets which give a dark and depressing mood to the piece. And continued to do so for the rest of the time. This is compounded by Beethoven’s use of the piano pedal, pressed down to the floor which elongates yet distorts the sound. The effect is notes which linger with a certain sadness to them.

This piece posed a significant challenge when I was presented it as part of the BBC Proms at Home programme. The aim is to use classical pieces to inspire new work; be this drawing, acting, poetry or the like, and my task was to encourage the participation of deaf people. How was I going to engage a community who may not have had access to classical pieces before? How was I going to share the emotional intensity in a way which was meaningful? I decided to make use of the ‘moonlight’ – to use the imagery of the water, lake and the light to demonstrate the emotional depths of the piece. 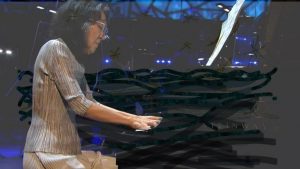 The ‘lake’ provided the start point. Set at the mid-point of emotional range it mirrored the middle register of the piece’s first movement. Then as the emotion intensifies the notes go lower plunging the audience into the darker, murkier waters. On the other end of the scale when the emotion is lighter the notes raise higher 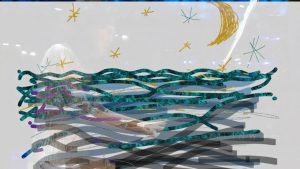 and the light returns, giving the audience a chance to take a step back from the darkness and bask in the glow of the moonlight. It was thought this visual image that I was able to demonstrate pitch to a visual audience.

This piece is often associated with grief and sadness.  Performed by musician Alicia Keys and a four-piece string ensemble at the memorial of Kobe and Gianna Bryant it was as emotive and impactful as when played with a small string quartet. To me this is what is amazing about music – how it can effect a person’s very core and stir within emotions that are not easily articulated. This piece of music will move you, of that there is no doubt, and whether you are deaf or hearing once you have experienced it, it will stay with you. 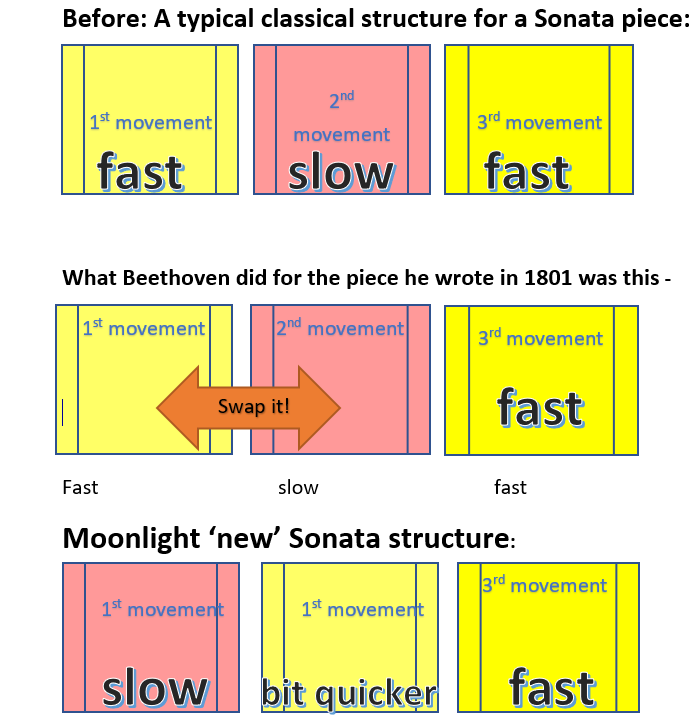